In 1983, Jack and his son, Mark staked claim to several Zeolite Mines in Southern California. Since then, Jack has passed on, leaving Mark to handle the load, loads of Zeolite that is! Mark is committed to carrying on Jack's wishes of, Serving The World, Naturally!

Zeo-Tech is a Southern California based company mining zeolite. Offering a plethora of products from agriculture to skincare lines.

Our Zeolite - Laumontite is a mineral, one of the zeolite group. Its molecular formula is Ca 2·4H2O, a hydrated calcium-aluminium silicate.

Zeolites are widely used as ion-exchange beds in domestic and commercial water purification, softening, and other applications. In chemistry, zeolites are used to separate molecules (only molecules of certain sizes and shapes can pass through), and as traps for molecules so they can be analyzed.

Zeolites can be used as solar thermal collectors and for adsorption refrigeration. In these applications, their high heat of adsorption and ability to hydrate and dehydrate while maintaining structural stability is exploited. This hygroscopic property coupled with an inherent exothermic (energy releasing) reaction when transitioning from a dehydrated to a hydrated form make natural zeolites useful in harvesting waste heat and solar heat energy. Zeolites are also used as a molecular sieve in cryosorption style vacuum pumps.[13]

The largest single use for zeolite is the global laundry detergent market. This amounted to 1.44 million metric tons per year of anhydrous zeolite A in 1992.[citation needed]

Non-clumping cat litter is often made of zeolite or diatomite. 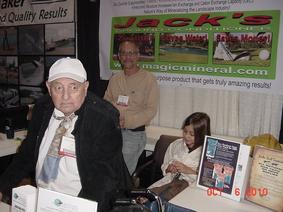 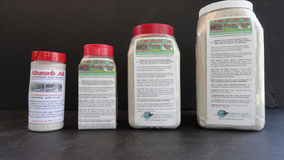